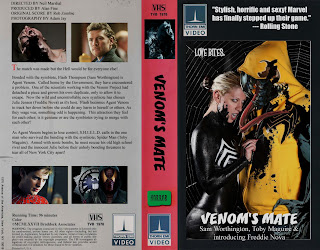 This was a lot of fun to create.  I hope to create more like this.  Thanks to Freddie Nova for having a great sense of humor and thanks to Adam Jay for letting me use his photos.
Posted by Jason at 11:48 AM No comments: 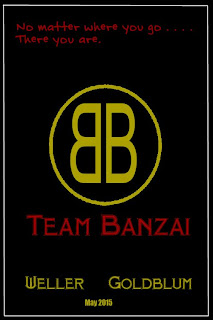 I had a great idea to share with a great man.  Sadly, that never came to be.  I found Sean Hartter and loved his work so greatly, I opened a dialogue with him.  He was every bit as cool and funny as I expected him to be.  Had we lived in the same state, I would have made it a point to hang out with him as much as possible.  Again, that would never be.

Sean Hartter over the weekend.  My condolences go to his family and the loved ones who truly knew him.  I had a great idea to let him do a poster for me about the sequel to Buckeroo Banzai that never was.  I didn't want to pressure him, Lord knows I couldn't have afforded the commission anyway.  I doubted he would have done it for free.  Who knows?  So to honor Sean and the legacy of art he leaves behind, I went ahead and made a stylized poster to showcase it.  Compare to Sean's work, this is crap but I created it to honor him. 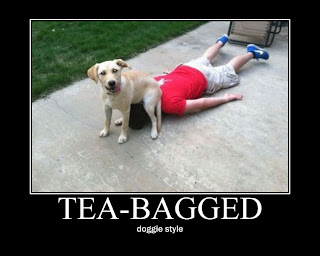 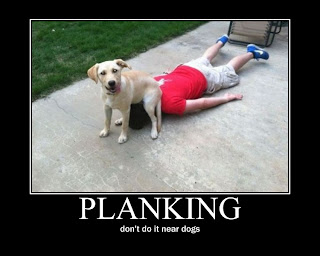 couldn't decide which one I liked better.
Posted by Jason at 6:17 PM No comments: 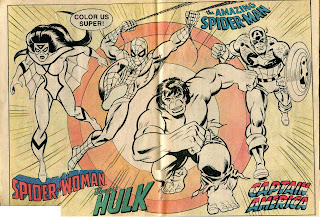 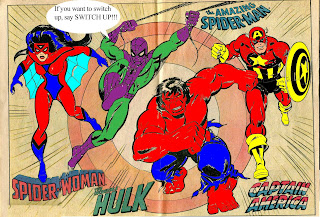 I admit this was fun.  I was just doing it to give me some unique wallpaper at work.  I took all the colors of the characters and shifted them one character to the left.  I think it worked out pretty cool.
Posted by Jason at 3:17 AM No comments: 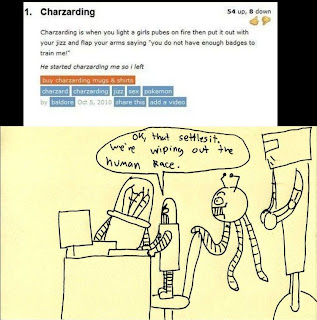 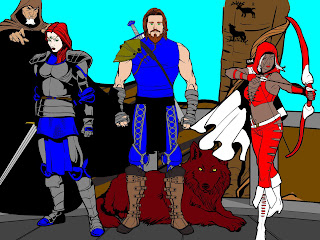 haven't given them names.  Just felt like being in a Dungeons and Dragons mood :)
Posted by Jason at 3:45 AM No comments:

In my defense, by being this bold, Jamie Lynne Grumet left it wide open for someone to make a parody of her Time Magazine cover.  Whether you believe in "attachment" parenting or not, I hope you can find the humor in what I did.  Hell, I'm still giggling over it.

First up is Clavius, the world destroyer 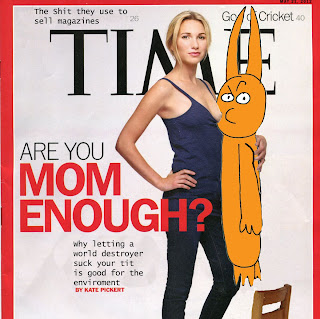 Second is Eggnog, the chupacabra (the classic, not the shaved coyote) 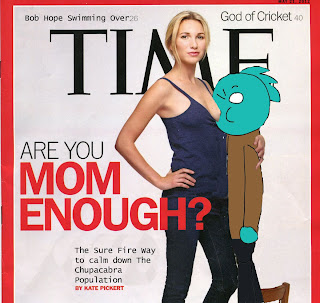 Next up is the Dapper Ghost, a recent creation.  I couldn't think of anybody else freaky enough for this cover.  I mean, Applejack wouldn't do this haahahahah! 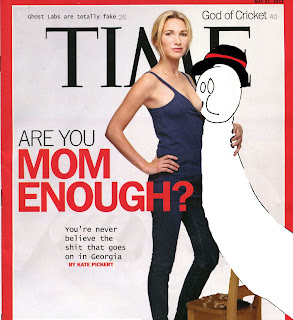 So there you have it.  Mostly done simply because I could.  The only other Parody of this cover I've seen on Google is Jason Briggs and his wife in this pose.  Maybe this might be the start of a new kind of parody :)
Posted by Jason at 3:43 AM No comments: 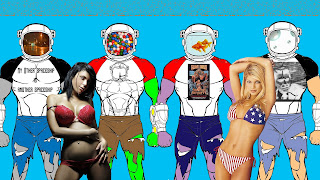 coming up with the items to be within the Space_Man helmets was fun
Posted by Jason at 4:21 AM No comments: 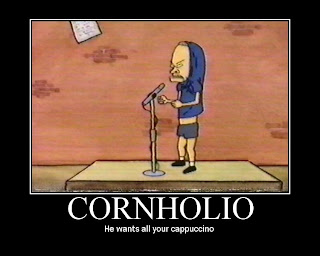 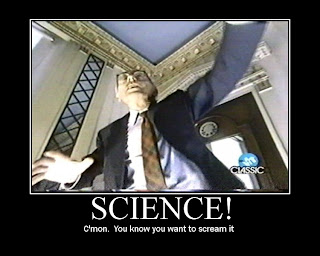 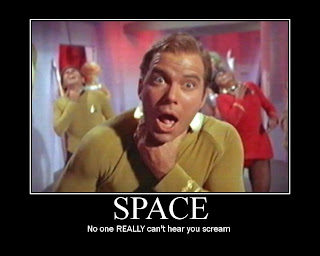 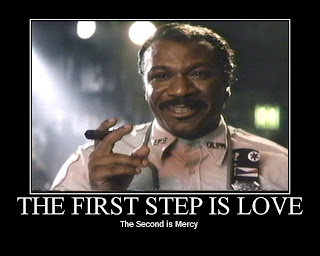 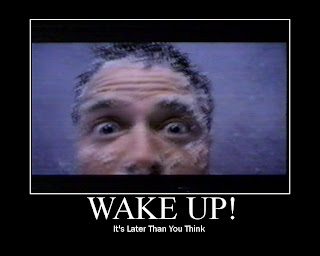 I completely forgot which seafood place I picked this up from but when I saw the coconut's reaction to the little shark-like creature, I had to give him the appropriate word balloon
Posted by Jason at 5:24 PM No comments: 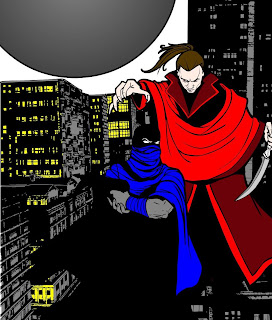 "I don't care what you guys do! I'm taking out the bad guy!" 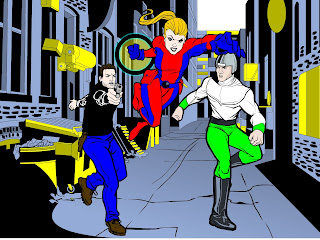 I'll try to keep this short and sweet.

I've been trying to increase my art skills based upon a style that's my own.  It's difficult to come into such a style because most everything has been done.  I am across the blog of Sean Hartter.  You can find the link at the upper right corner of this page.  I found his artwork and I was in love with it immediately.  The stylish book covers, the Grindhouse posters and the genre he loves is the same as what I love.  He's inspired me to keep doing my artwork, regardless of how crappy it might be.  In the end, that's what he's given me.  Just keep posting.

I've met with Sean through Facebook and through happenstance, I've learned that he's gotten a terrible illness.  I won't say what it is; I'll leave that up to him and the privacy of his own family.  So with that, I wanted to do a picture for him in the style that I've become quite good at.  Below is the image based upon his business card "replica" of himself.

So in my corner of Superheroes, and super villains, I give you The Dark Druid 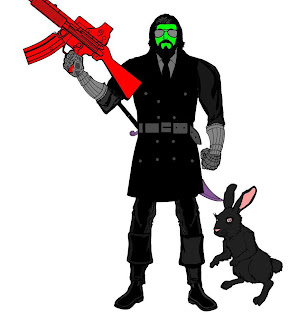 Free some the confines of Limbo, the Dark Druid has returned to Earth to seek revenge against the descendants of the towns folk that wiped out his clan several hundred years ago.  Breaking into the Templar Armory, he obtains Pistola Laser Del Diablo and the fabled CrossStar Saracen sword to fuel his weapons supply.  Reunited with his familiar, Righteous Steve, The Dark Druid is ready to revenge his clan and woe to anybody who stands in his way. 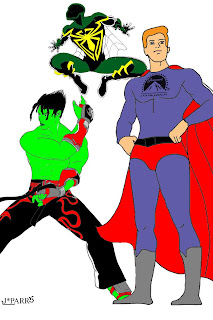